Similar thing but in Discap'ville ?
Top

I’ll try and break it down as simply as possible from a player perspective. There is going to be a lot of shuffling and reshuffling going on to ensure every player gets at least 36-holes in, but that’s for me to worry about. If you saw my spreadsheets and brackets, your head might explode. So here’s all you need to know:

There are two different sizes of fields, a 16-player field and a 32-player field. However, no matter which field you are playing in, your matches will progress the same way. You will be placed on a card with two matches. It will be a shotgun start, with all matches beginning at the same time. You will play two matches in a row, without needing to come back to the pavilion after the first 9 holes. So, after the first 9-hole match is completed, you will just change up your card so that the two winners of the first match will now play each other (since on a traditional bracket, they would be playing each other next anyways), and the two players who lost will play each other. That way, your card will play all 18 holes in a row before coming off the course.

After the first two matches, we will have our lunch break. Then the exact same format will be implemented for the afternoon matches. After the third and fourth matches are done, everyone will come back in again and the final matches will be set. There will be 3 final matches; one for each bracket. Players not in the championship matches will be more than welcome to stick around to watch any of the final matches. However, Central Park is not a very ‘open’ course. Spectators will have to take great care to not be a distraction or in the way. They will also have to defer to the players in the final matches if they are asked to move, quiet down, etc. Likewise, final match players will have to take responsibility for their play. Wait as long as you need to be comfortable with taking your shot, ask (NICELY) for a spectator to move, etc. I’m pointing this out now because I don’t want to hear a player complaining about the gallery being the reason they just lost 7-2. Touring Pros play nearly every tournament with spectators, so you can too.

Tiebreakers are, of course, a necessity for Match Play. But we also need to make sure we don’t interrupt the flow of 64 players each playing 4 matches on the course at the same time in the span of one day. So tiebreakers will be handled with CTP holes. Holes 3, 6, 9, 12, 15, and 18 will be designated as CTP holes. With this set-up, during your match you will play exactly 3 of these CTP holes regardless of what hole you start on. (For example, if your first match is holes 3-11, you will play the 3, 6, and 9 CTP holes) Whichever player wins best 2 of 3 of these CTP holes DURING your match will hold the tiebreaker win. That way, no extra holes are needed in the case of a tie, and the next match can proceed for all players without disruption. Hole 12 will implement a 2nd shot CTP for the Am and Rec divisions. Hole 15 will be played from the whites and will implement a 2nd shot CTP for all divisions.

Ties in the championship matches will be settled with sudden death holes until one player wins.

That’s it. That is as basic as you’ll need to worry about. That’s two matches, lunch, two more matches, and then everyone can watch the Championship matches. Simple, right?

The 16-player fields are a bit trickier since they still need 4 rounds of play, and we want to avoid first-round byes. So, the 16 players in each of the Pro and Rec fields will be placed into four pools of 4 players each. Essentially, each card will be a pool. After the first two matches, 2 players will be taken from each pool (based on points explained below) and they will create the 8-player bracket for the two afternoon matches. Again, this is just for payout purposes. Every player is still going to play 4 matches, even if you lose every one. And even if you lose, there will still be opportunities for some cash or prizes.

Every player will accumulate points throughout the tournament. You earn 10 points for winning a match. You earn 1 point for every hole you win in a match that you have lost. Points will determine the top 2 players from the morning pools for the Pro and Rec divisions, and also some additional prizes/payouts so even if you don’t win all your matches you may still leave with something.

In the 16-player divisions, the two players who move out of each pool in the morning rounds will be determined in this order:
•Total Wins
•Total Points
•CTP wins
•One sudden death hole
•Sudden death CTP

I know it’s a lot to sort out. If you have any questions or want clarification, feel free to ask here or contact me. I want all the players to be as comfortable with the format as possible on the day of the tournament so I don’t have to spend a lot of time going over the specifics that morning.
8-Bit Disc Golf!
Top Did I read this right? Hole 15 is a CTP tiebreaker? :shock:
My blog - http://blog.timesunion.com/comedy/
Top

... That's what I get for just skimming. After you posted it Kenji, I went back and saw it on the post myself...

You know you will want a shot at one of these! Seeing all this... When/how can I sign up/pay? I want in on this one, it sounds like a blast...
My blog - http://blog.timesunion.com/comedy/
Top

Online sign-up on the DisCap website will be here shortly. Until then, you can sign up directly by PayPal to eightbitdiscgolf@hotmail.com. Just send me the entry fee, your name and division. You can wait for the online pre-reg if you wish. Or you can get a jump on registration. Avoid the fee and get signed up now!
8-Bit Disc Golf!
Top

April Showers took a week to max out. Will you be left wishing you signed up early for this??
8-Bit Disc Golf!
Top

Everyone gets a little something to remember it by: 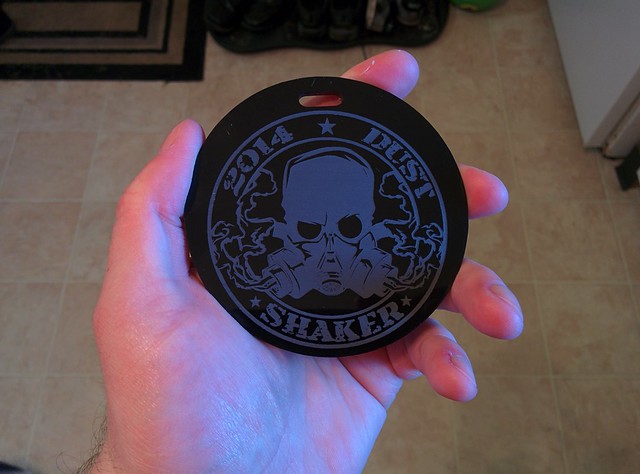 But only the best get to leave with one of these (Fuzion Judges, in case you were wondering): 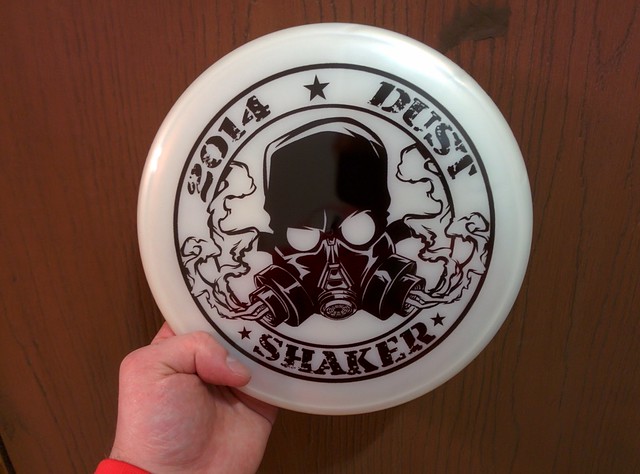 all divisions playing Blues? (except 15 whites?)

Yes, all divisions will be playing from the blues. With only 64 players, there will be two unused tees to allow for any slight backup. Plus the most difficult hole from the blues (15) is being played from the whites so that will help as well. Also eliminates the need for a spotter.

4 weeks until tourney day! Don't wait to sign up! I have to see some movement on filling up these fields over the next couple weeks or I'll have some decisions to make.
8-Bit Disc Golf!
Top
Post Reply
31 posts